The Dream Factory grants the dreams of children who are critically or chronically ill. We welcome all levels of support. Become a dream maker TODAY. Your donation is tax deductible.

The Dream Factory is an organization that depends almost entirely on it’s network of volunteers both at the chapter level and the national level. Click here to volunteer.

Note: Volunteering for a position that works directly with children requires a clean background check.

At the local level, most chapters have a monthly board meeting to discuss new dreams, pending dreams, fundraising and other events. Each chapter is composed of a board, along with additional volunteers. Opportunities to volunteer include, but are not limited to, the following:

Because The Dream Factory respects the privacy of families who have critically or chronically ill children, we do not actively recruit children for dreams or accept referrals from friends. If you know of a child who might be eligible for a dream, encourage the family to visit the website of a local chapter or contact our national headquarters. Click here to refer a child.

PLEASE NOTE: Dream referrals will only be considered for children who reside in communities where chapters exist. The Dream Factory regrets that our volunteers are not able to grant all requests, but must limit their efforts to their local children. Click here to find local chapters.

A Dream Factory Chapter can be established in any community, regardless of location or size. All that is required is a group of dedicated people willing to give their time and talents to help dreams come true for children in their community.

It is important to note that Dream Factory is a volunteer organization and The Dream Factory Chapters operate with no paid staff.

If you are interested in serving as the volunteer leader of a new chapter, the National Headquarters of The Dream Factory will provide the appropriate direction, information, and materials to begin operation. The volunteer leader – commonly referred to as Area Coordinator – will serve as supervisor for the chapter’s day-to-day operations and as the liaison with the National Headquarters.

To begin the process of establishing a new Dream Factory Chapter:

IF YOU HAVE THE TIME AND DESIRE TO MAKE DREAMS COME TRUE IN YOUR COMMUNITY, CALL OUR NATIONAL HEADQUARTERS TODAY!

The 2019 24-Hour Run For Dreams was held Aug. 3-4 at Red Orchard Park in Shelbyville, KY. Check out the 2019 RESULTS. Thank you to all who made this event so special and we’re already looking forward to 2020!

RECORDS / YEARLY RESULTS
And a THANK YOU to our sponsors this year!

The Dream Factory Racing Team was created in 2012 as an outlet to raise funds for the Dream Factory, Inc., and to reach out to thousands of people who participate in marathons, half-marathons and shorter races around the country. Proceeds raised will help support The Dream Factory. The first wave of races the team participated in were in the spring of 2013. We encourage all runners/walkers of all ability levels to join, to not only complete a goal race but to raise money for a wonderful organization!

Email tommie.kendall@dreamfactoryinc.org for more information or to sign up.

Each runner/walker (after raising $50) receives a shirt, sling bag and bracelet at no cost. If you’re able to raise more than $500 for a race, then The Dream Factory will pay for (or reimburse) your registration fee up to $100. (Note: There is no fundraising requirement except the initial $50 to guarantee a race packet.)

The Dream Factory Racing Team is utilizing Active.com for our fundraising efforts. Steps to create your own donate page include:

4. Follow the steps to create your Fundraising Web Page

5. Direct friends/family to your page and donate through the secure site!

In 2016 Joshua Albir, started Psycho Turtle in hopes providing the best customer service and interaction possible. It all started from the trunk of his car and the garage of his home fulfilling online orders and providing amazing customer service. Shortly after venturing in into the “hobby” business, he met a small time Youtuber by the name of “Hardcorllector”. Together Hardcorlletor and Joshua have grown to be best of friends and business partners. They have taken the collectible industry by the horns and shown the world that it belongs to everyone, and that every moment and every booster pack that you open with friends and family is a memory that will forever be remembered with a smile. Through hardships, personal loses, and tribulations, their friendship has blossomed into the perfect partnership. Every day they strive to bring family and friends together by spending time together playing trading card games and board games. The opening of a brick-and-mortar store marks a new beginning in their quest to show the world that fun can bring everyone together.

Joshua and HardCorllector (https://www.youtube.com/user/HardCorllector/about) have always wanted to use their passions to make a difference and because of a Dream they are working with the Dream Factory to do just that. The pair was contacted about making the dream of an ill child come true – he wanted to meet his YouTube heroes! Not only did they make the dream come true, but they signed on to be National Ambassadors to make more dreams come true across the country and to raise awareness.

To get your own limited edition collectors pin and to find out more about this partnership click HERE. 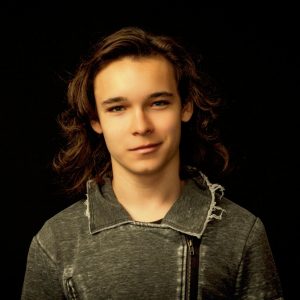 Recording Artist, Songwriter, Musician and Actor Dalton Cyr became a National Ambassador in 2013 at the age of 13.  Approached by Dream Factory National Board Member Laura Walitsky with the idea while he was in New York during an East Coast tour, Walitsky said, “As a teenager who is overcoming obstacles to beat the odds and make his dreams come true, we believe Dalton has a perspective that will enable him to relate to sick children who face challenges every day and persevere. We are seeking respected, influential, members of our society to help promote our organization and demonstrate to these kids that they can dream big and that dreams can come true. We believe Dalton fits that bill.”

A prolific songwriter, Cyr had written over 100 songs, recording more than 30 of them, had his songs featured in a feature film and was named “one of the most promising upcoming songwriters in the world” by industry talent scouts, all by the time he was 16 years old.

A high energy performer who instantly captivates audiences with his powerful guitar, intense vocal delivery and lively stage show, Cyr began touring when he was 12 years old and has performed as an opening act and as a headliner at amphitheaters, coliseums, festivals, and fairs throughout the U.S. and has performed live in front of audiences as large as 50,000+ with fans in 191 countries around the world. In 2015, he was inducted into Robert M Knight’s The Brotherhood of the Guitar which is centered on upcoming guitarists who are predicted to be the guitar legends of tomorrow.

As an actor, Cyr starred as the lead “Judd” in Amazon Studio’s music-driven sitcom, “A History of Radness” written and executive produced by “Hannah Montana’s” Andrew Green and as Holden in the movie, “Time Toys” directed by Mark Rosman (“A Cinderella Story”, “The Perfect Man”). He also has a recurring role in FreeForm’s (formerly ABC Family) hit show “Pretty Little Liars”. He was nominated for two awards, winning in one category, at the Young Artist Awards (Hollywood’s answer to the Academy Awards for actors under 21).

As a National Ambassador, Cyr has appeared multiple times on local TV talk shows, Radio shows, and in numerous publications across the U.S. speaking about The Dream Factory and bringing awareness to the cause. He has also done concerts for The Dream Factory fundraising events, performances at hospitals and special appearances for Dream Factory volunteers and Dream Factory recipients. In 2015, Cyr received the Presidential Award for his work with The Dream Factory.

“I’m very honored and proud to represent The Dream Factory,” Cyr said. “Through my performances, I’ve met kids who work so hard just to survive. They inspire me. As a National Ambassador, I hope to help make more dreams come true and inspire people to start Dream Factory chapters when there isn’t one in their city or join in helping existing chapters.” 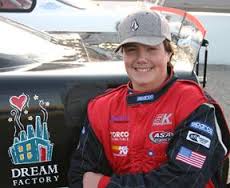 NASCAR driver, Alex Kennedy learned about The Dream Factory from one of his media/marketing friends several years ago. He was intrigued with the idea of helping kids through his racing and The Dream Factory seemed like the perfect fit. Alex believes he has been blessed in his life and wants to do what he can to make other children’s dreams come true.

Alex has worked his way up through racing, starting with Motorcross at the age of 8, then to Legends at the age of 12, and eventually NASCAR’s Nationwide Series where he led the field for six laps at Watkins Glen in 2012. Alex’s first Sprint Cup Race will be Sunday, June 23 in Sonoma, CA. 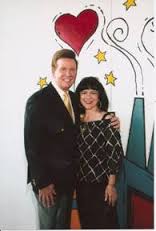 Best known as the television game show host of Tic-Tac-Dough, Wink Martindale got his start with broadcasting in Jackson, Tennessee, later moving to Memphis.While there last fall to celebrate the 25th anniversary of the opening of his restaurant, Martindale’s, he used the occasion to benefit our local Memphis chapter as the honored guest at their Celebrity Gala.

Since then, Wink has become one of The Dream Factory’s national ambassadors and has recorded a public service announcement to be used at local radio and television stations for all of our chapters.

Other Ways To Help

Attention Shoppers! You can do your Amazon shopping AND help The Dream Factory at the same time! When you sign up with AmazonSmile, choose The Dream Factory as the organization you wish to receive donations from eligible purchases before you start shopping. 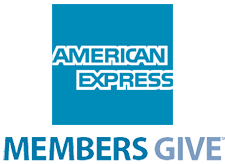 Formerly known as GivingExpress®, Members Give connects you to the important causes that mean the most to you from health and human services, to education, the environment and more. Your dollar donations are tax-deductible and you’ll receive an e-mail receipt for your records.